I am thrilled to be screening TV FAMILY at the Art Museum of South Texas this Friday. When I was growing up nearby in Port Aransas, the annual Christmas Tree Forest was held there. When I moved back to south Texas after graduate school (and after acquiring a healthy appreciation of modern architecture) I became a genuine fan of the building--especially once I learned that not only was it designed by Philip Johnson, but that Andy Warhol had shown up at the opening taking pictures of everyone with his Polaroid. I have enjoyed taking part in the filmmaker screenings there over the years, and am excited and humbled to now being showing my film in the auditorium. When I was in Athens, GA as a Peabody Fellow in fall 2015, I found a documentary on Philip Johnson in the archive. Best of all, there was a clip of the Art Museum of South Texas, circa 1976, in it. Here's that clip:
Posted by Ethan Thompson at 3:59 PM 1 comment:

TV Family History Outtake: From the 60s to Today

In this sequence cut from the hour-long version of TV Family, we hear about changes in TV families in the sixties and seventies, including fantastic sitcoms and the documentary series An American Family, as well as changes in Amarillo and in the Robertson family.

Part Two: In the second part, we here more about changes in the sixties and seventies, and continue on further into the dawn of the reality TV era and families on The Osbournes, Duck Dynasty, and shows like Survivor.

Posted by Ethan Thompson at 8:34 AM No comments:

TV FAMILY will be screening Friday, April 29, at the Art Museum of South Texas. The film will start at 6 pm, followed by a discussion with the filmmaker (me!) and several of the family members who star in the documentary.

Very much looking forward to sharing the film with so many who supported it in South Texas!
Posted by Ethan Thompson at 2:25 PM 3 comments: 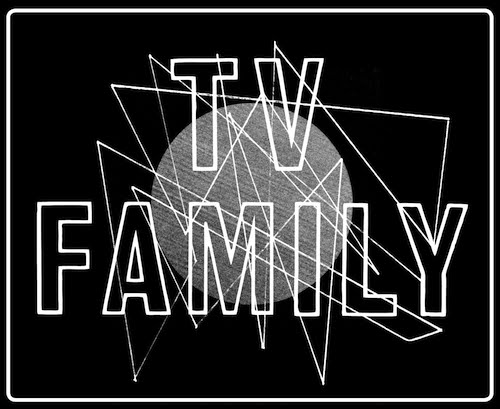